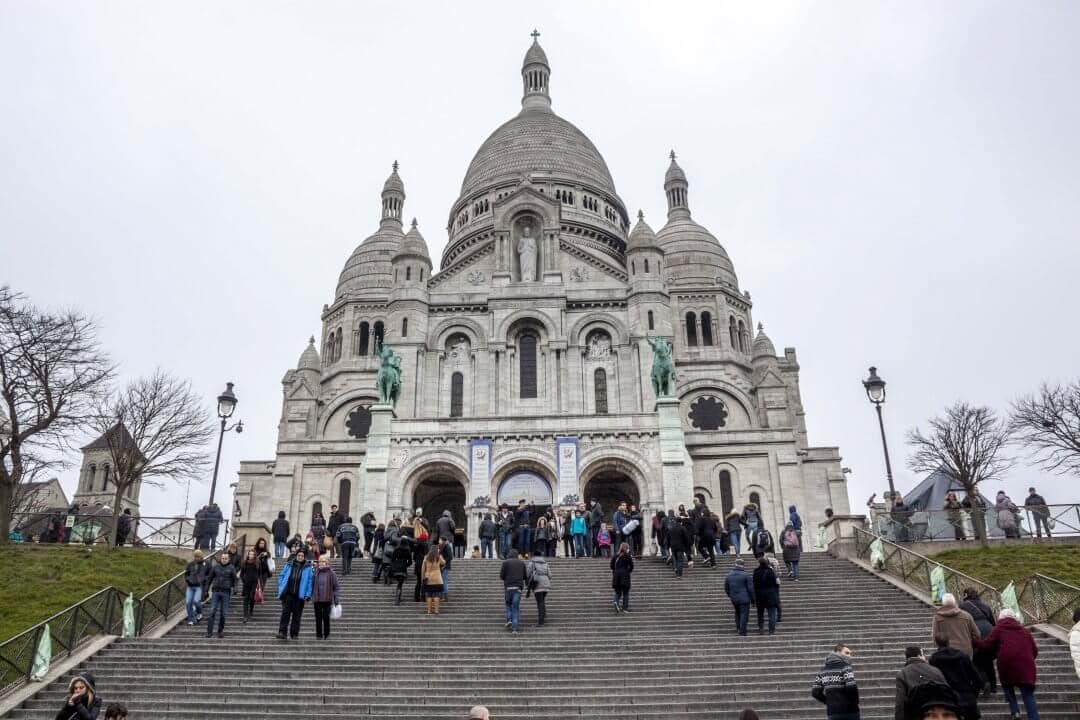 Sacré-Coeur- The Basilica of the Sacred Heart of Paris

This famous Roman-Byzantine style white-domed catholic church is situated on the top of the Montmartre hill is the highest point in the city of Paris.  Its construction began in 1875 (designed by Paul Abadie) and completed in 1914 but was consecrated only after the end of World War I.

The basilica is built of a special kind of limestone called Travertine deposited by mineral springs. The unique chemical properties of the stone which give out a substance called calcite upon reaction with rainwater acts as a bleach and helps to withstand pollution, keeping the white colour of the basilica.

How To Reach Sacre-Coeur

Metro (subway) lines to take: line 2 (M2) and get down at Anvers OR line 12 (M12) and get off at station Abbesses. You have to walk for a few minutes from either of the above metro stations to get to the bottom of Montmartre. From the bottom of the hill, you can either climb the steps or take the small funicular train which is covered by a metro ticket.

Opening times: Basilica is open for prayer and sightseeing every day from 6am till 10:30pm (free entry)

Opening times may vary according to weather conditions and you have to purchase a ticket. The entrance to the dome is outside of the basilica on the left side.

(Remember! you have to climb 234 spiral steps!! but if you can make it, you will get a spectacular panoramic view of Paris) 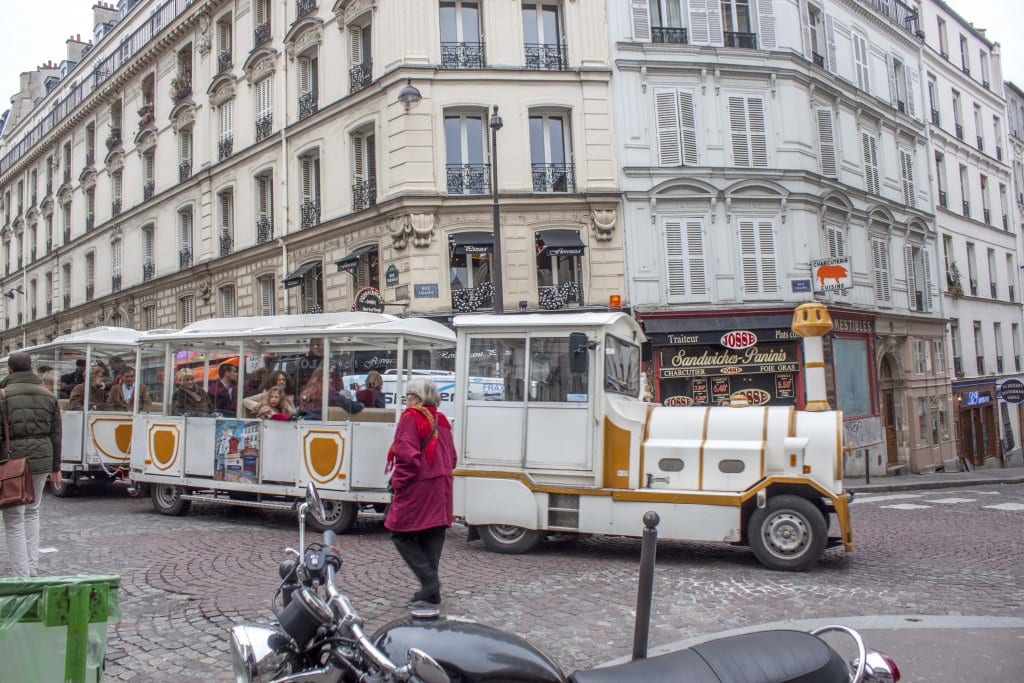 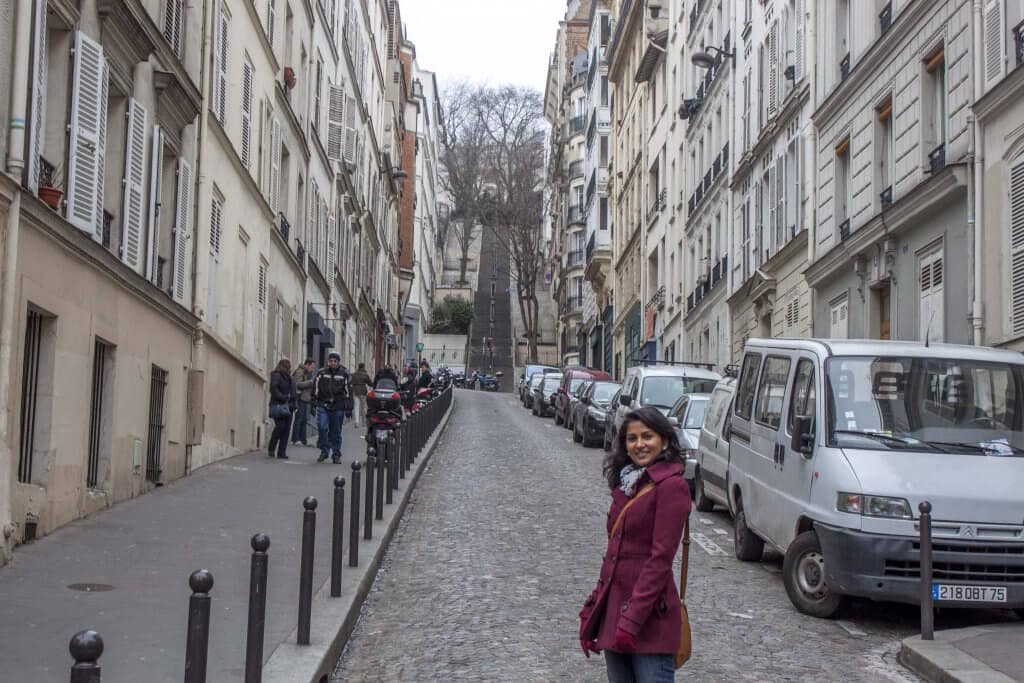 Yup, walk all the way up and climb all that steps! 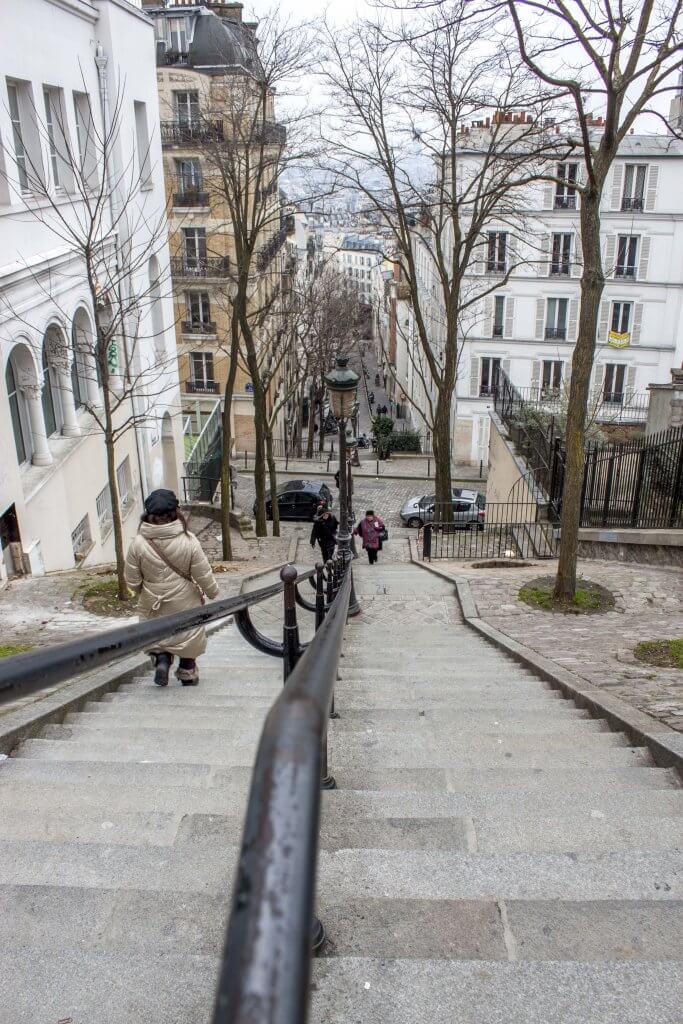 Half way through! good views does not come easy ! 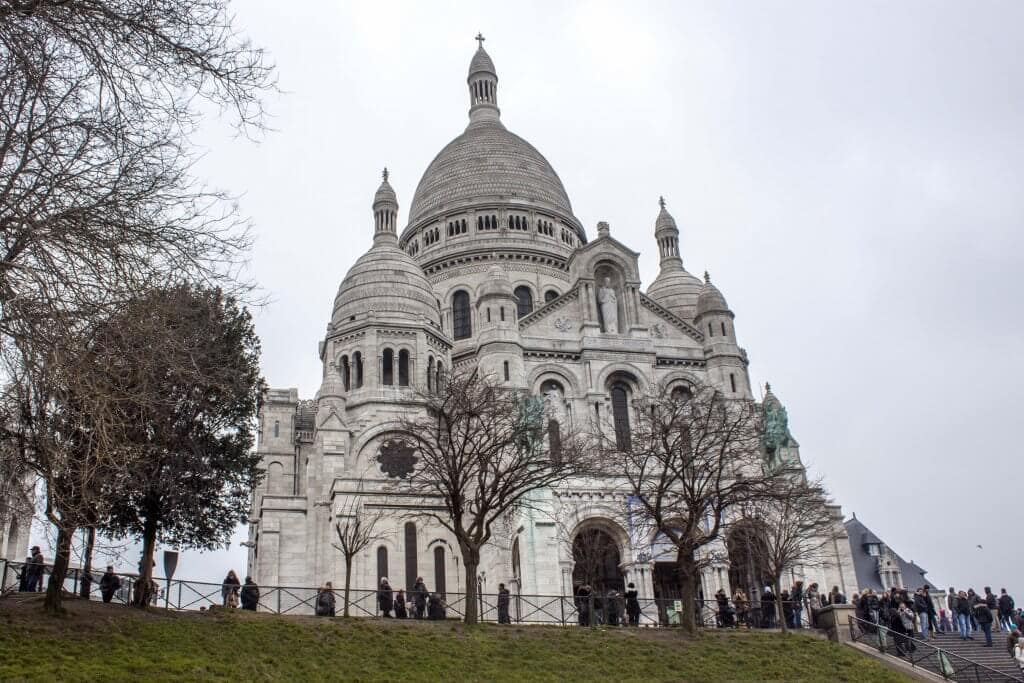 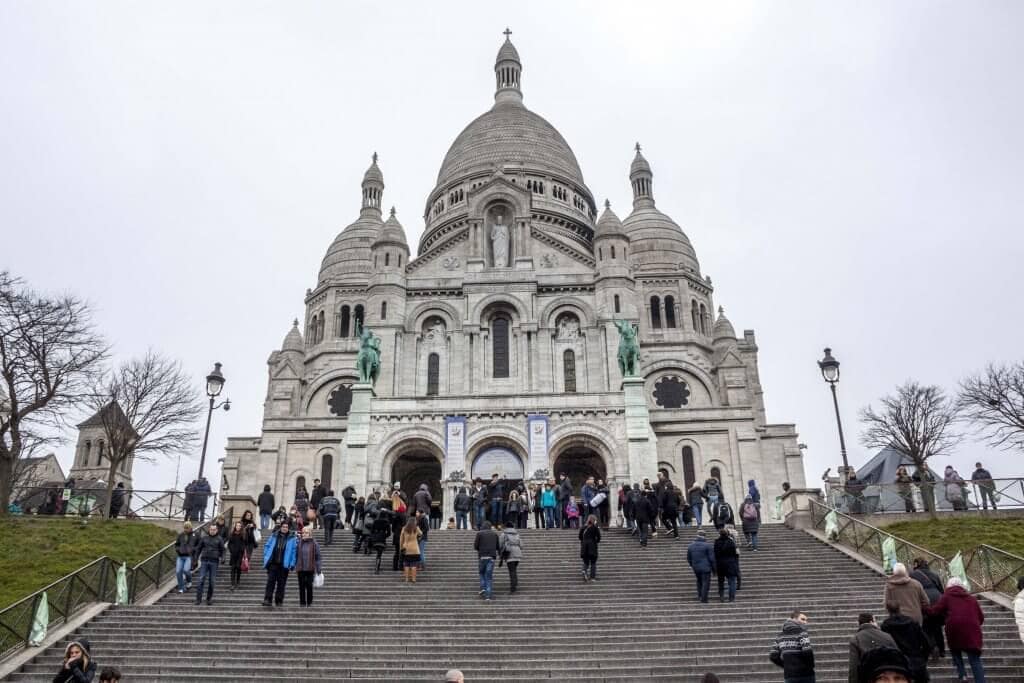 Sacré-Coeur- view from the front 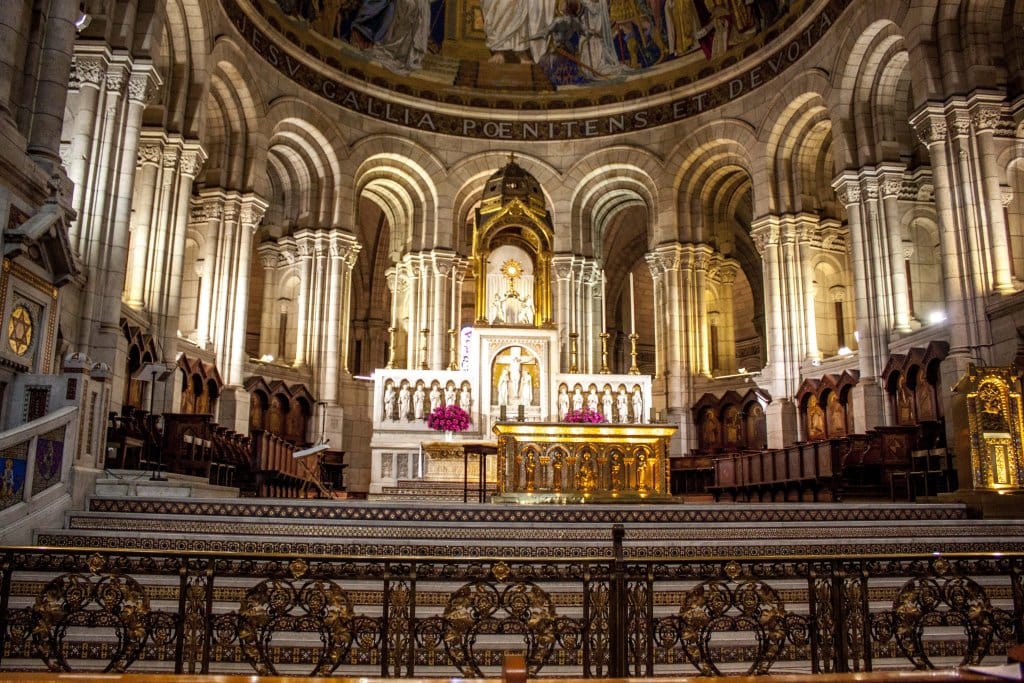 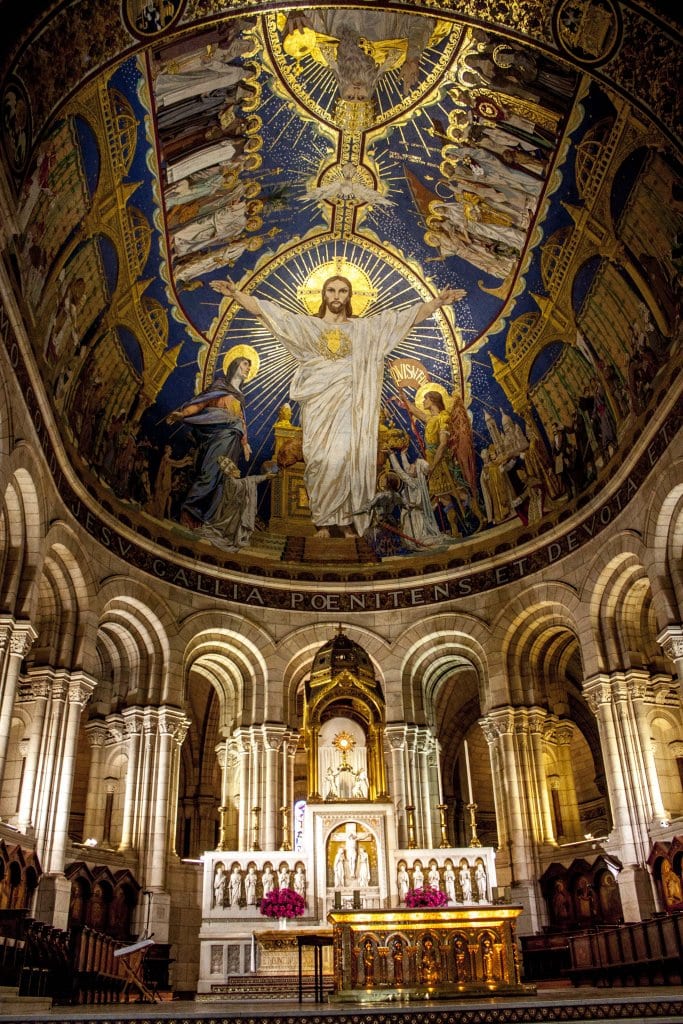 Mosaic art of ‘Christ in Glory’ 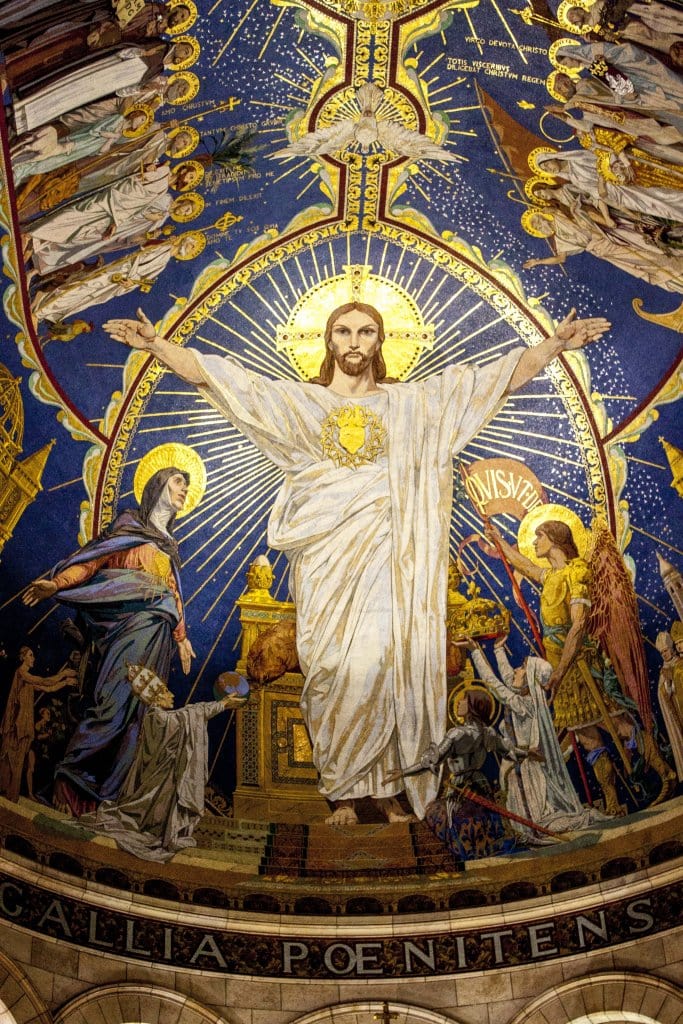 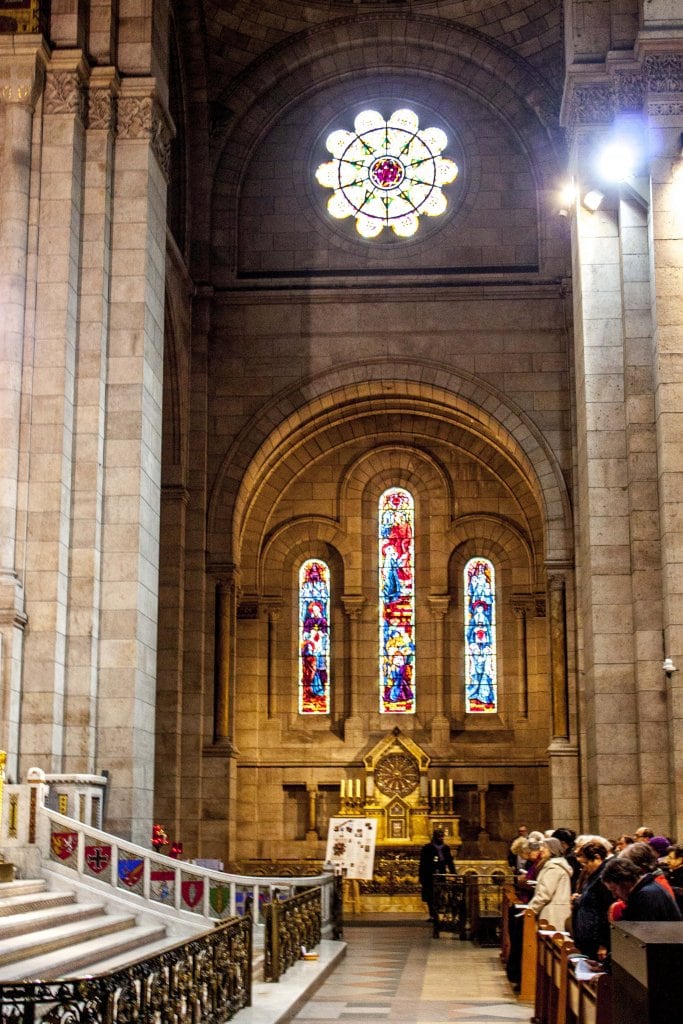 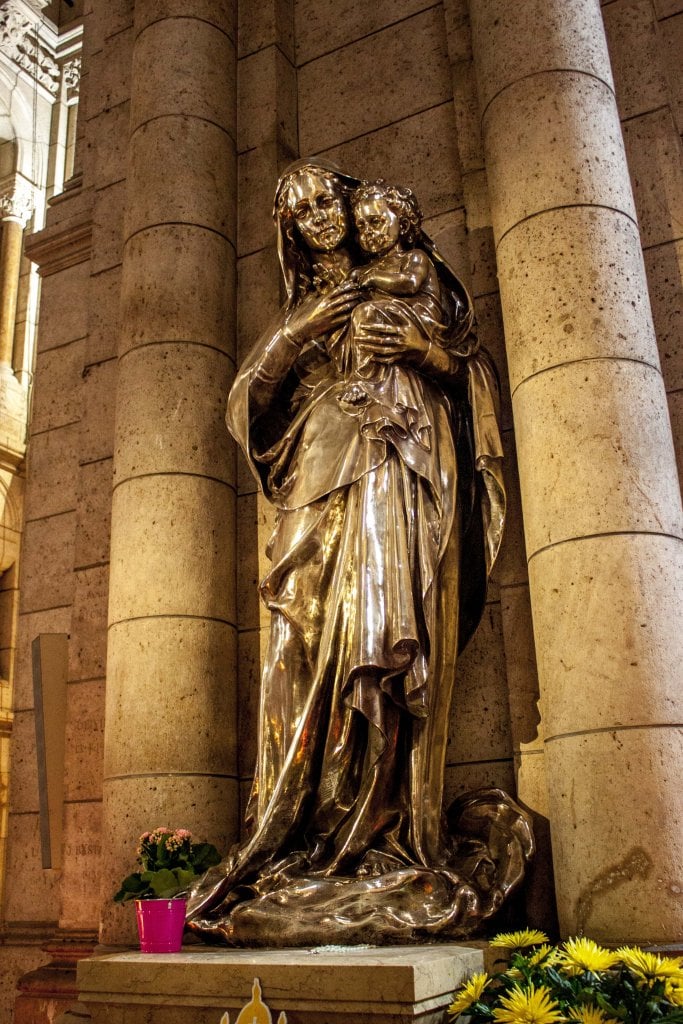 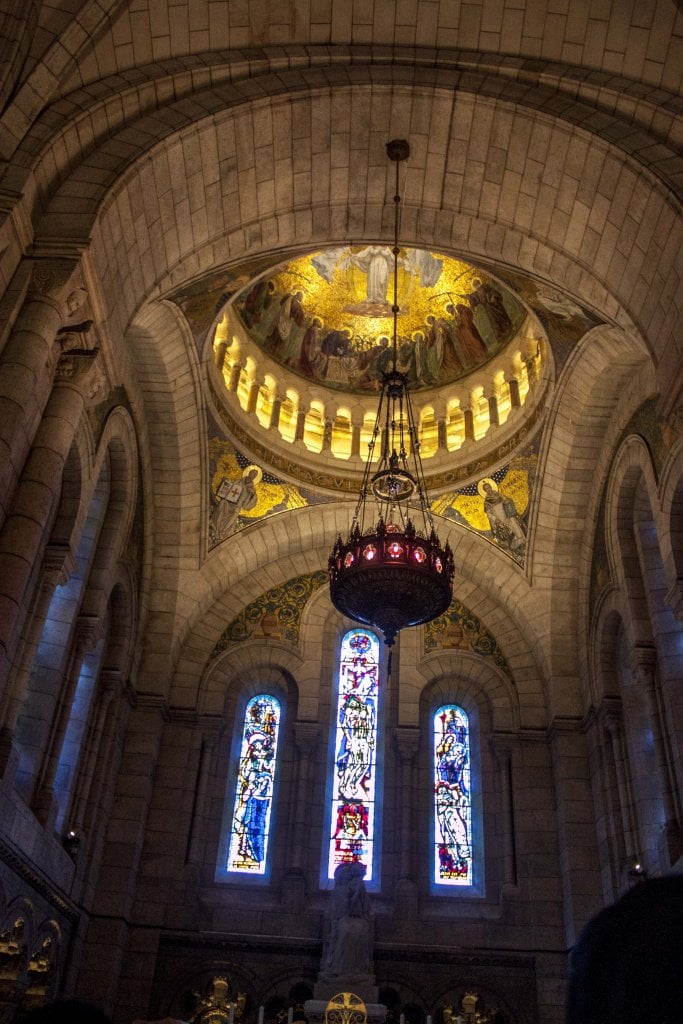 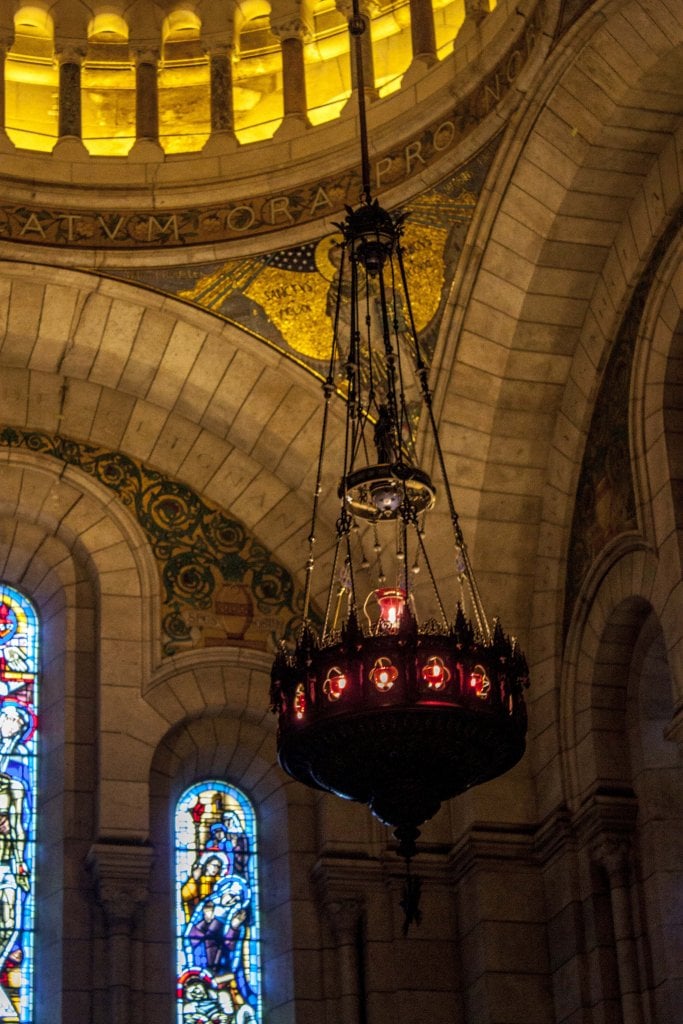 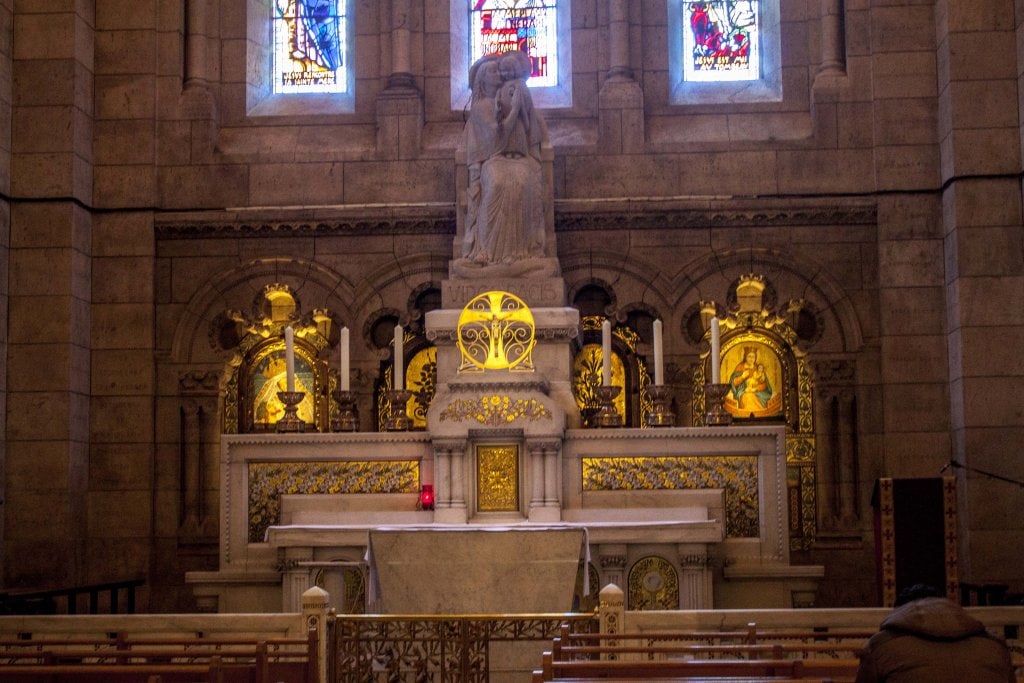 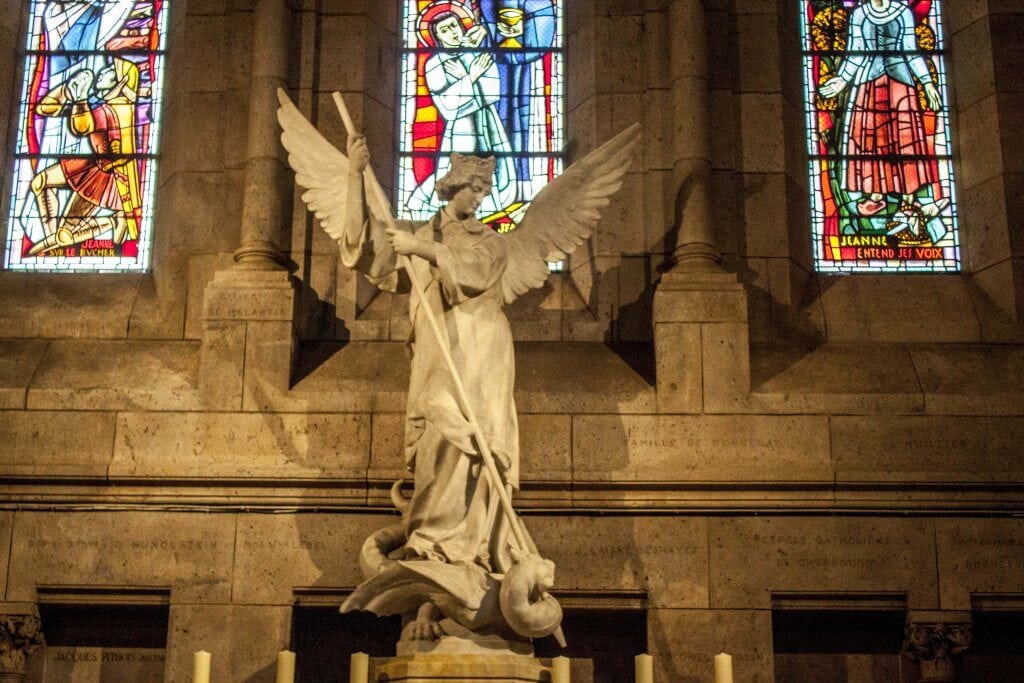 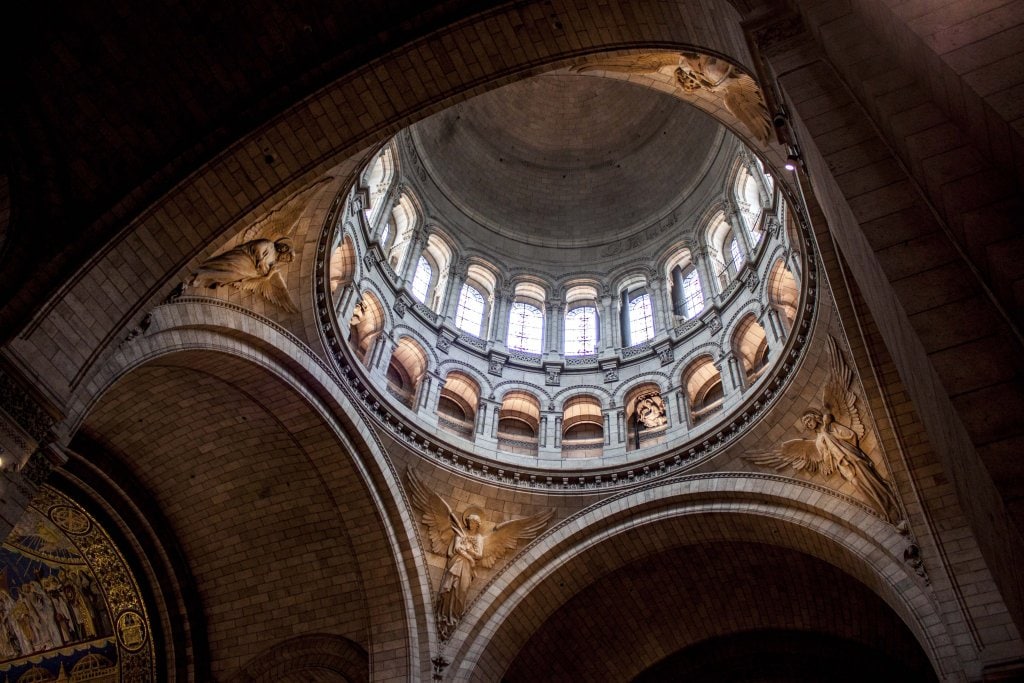 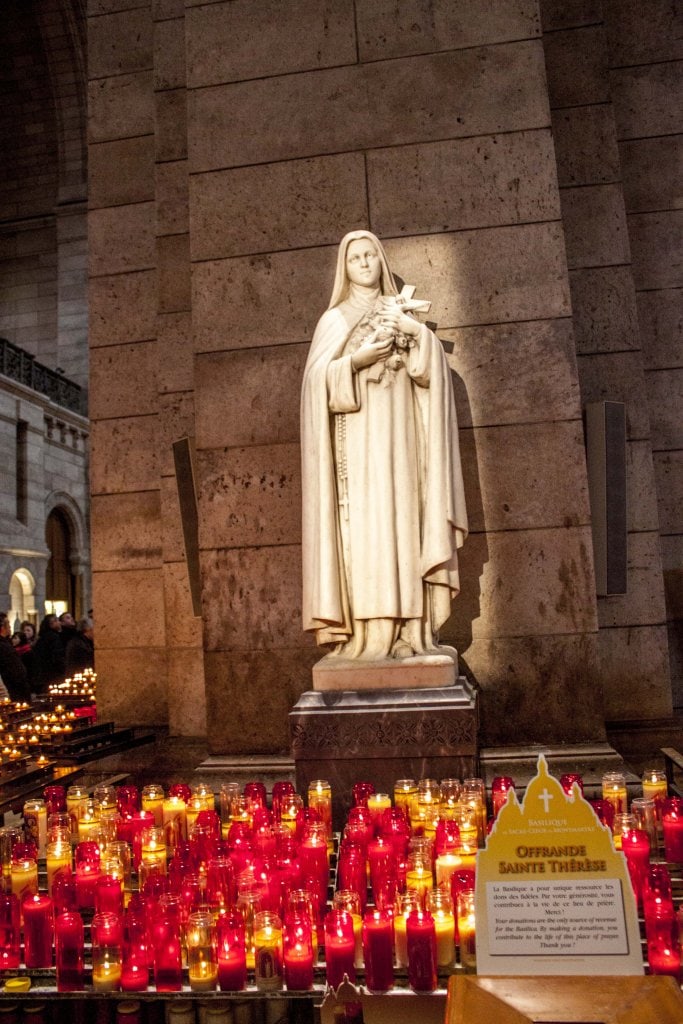 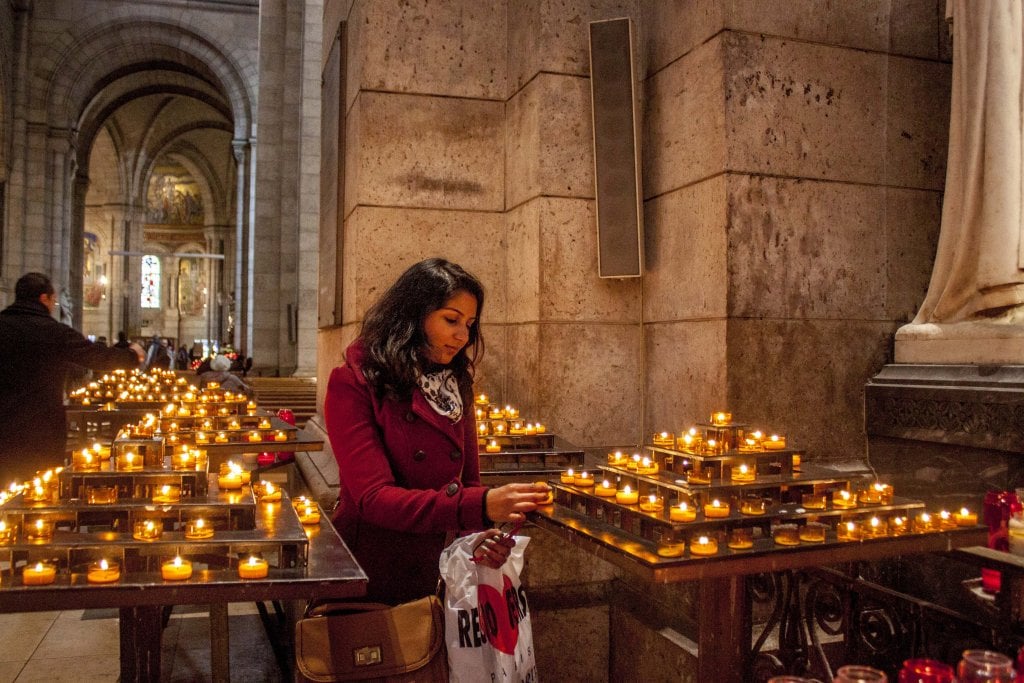 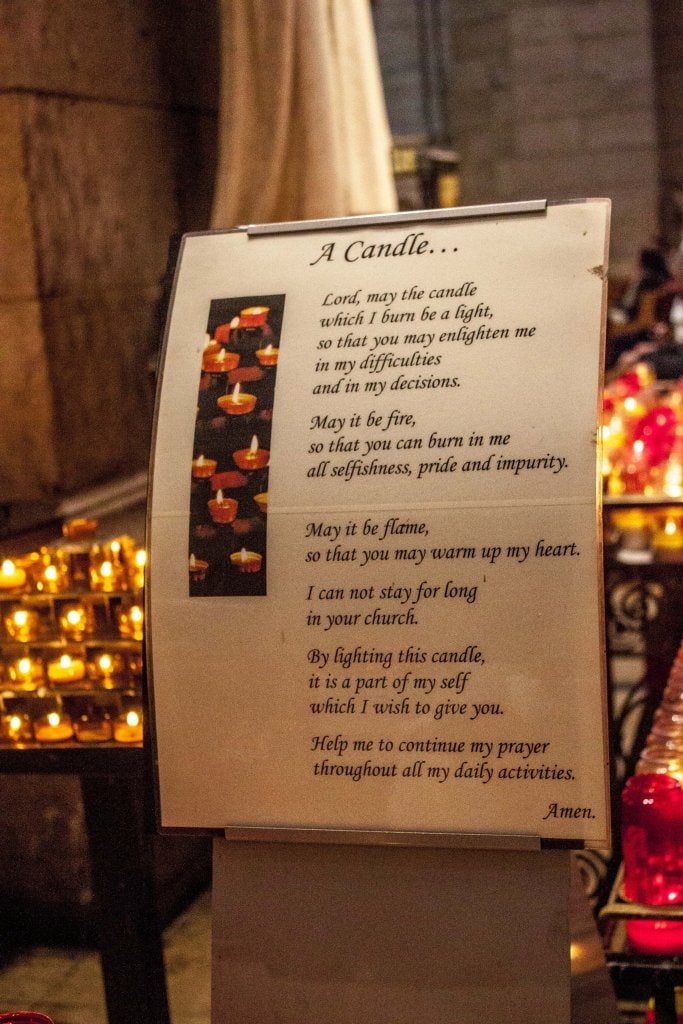 This prayer is so beautiful… 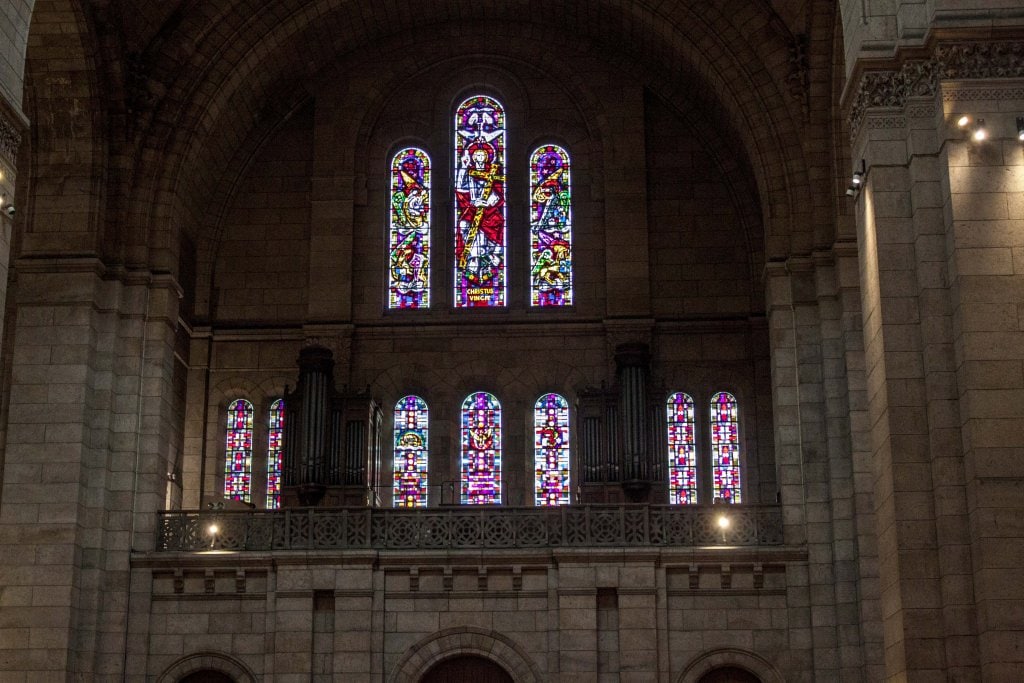 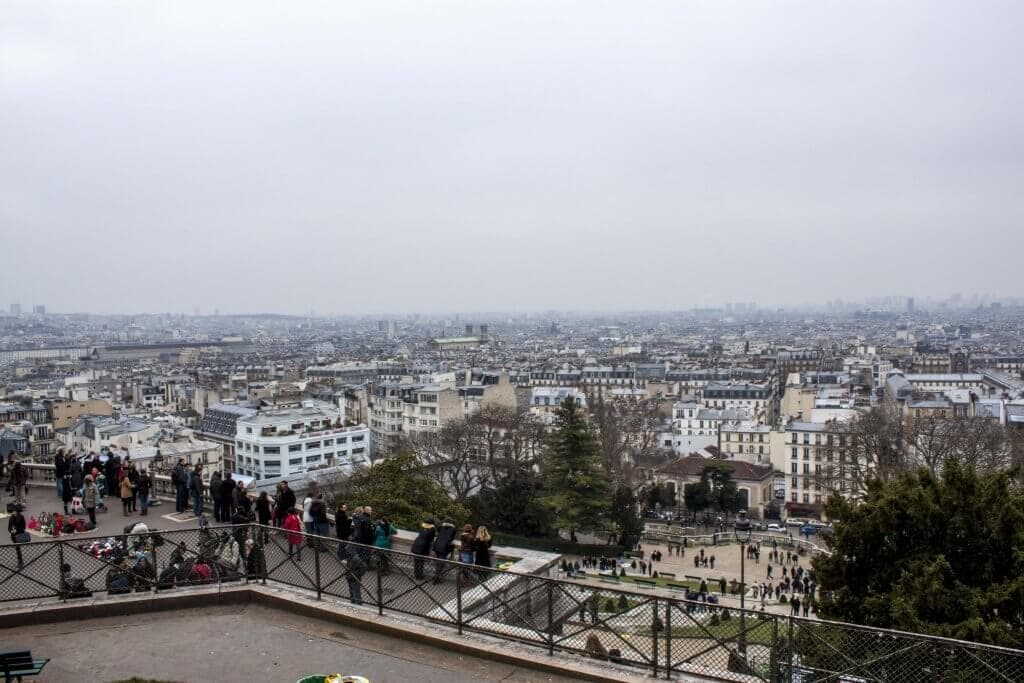 View of Paris from Sacré-Coeur forecourt 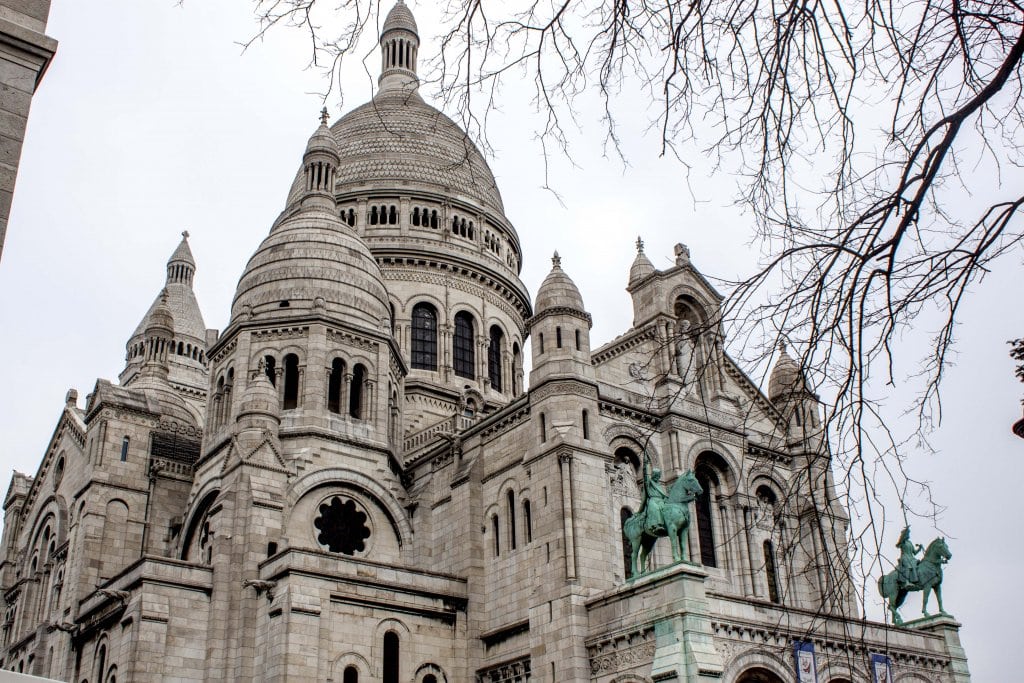 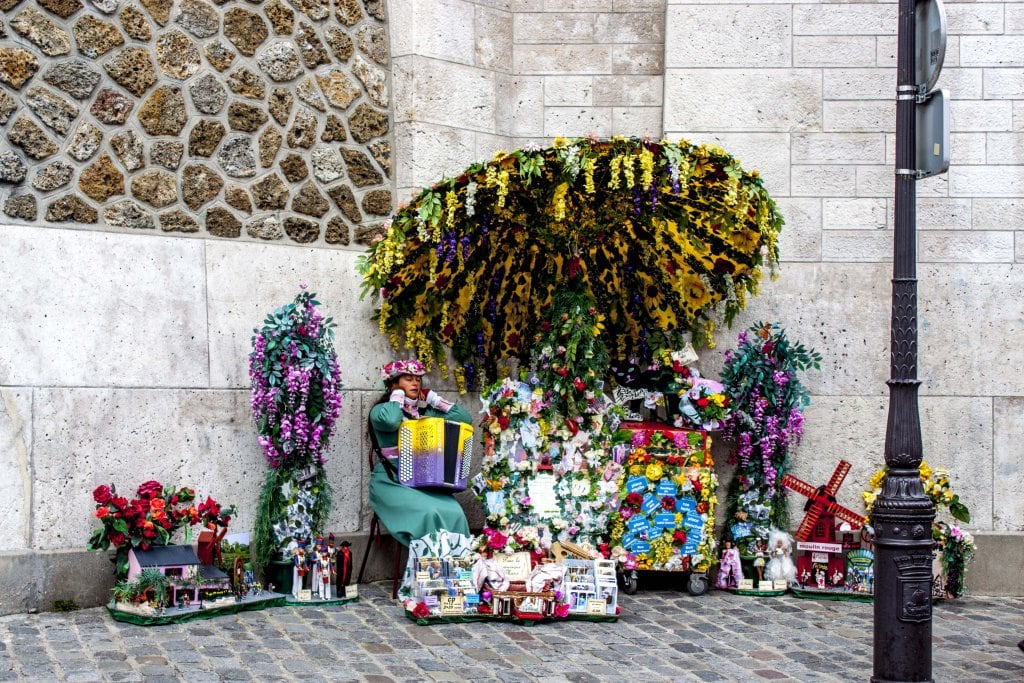 Street performer near the Sacré-Coeur 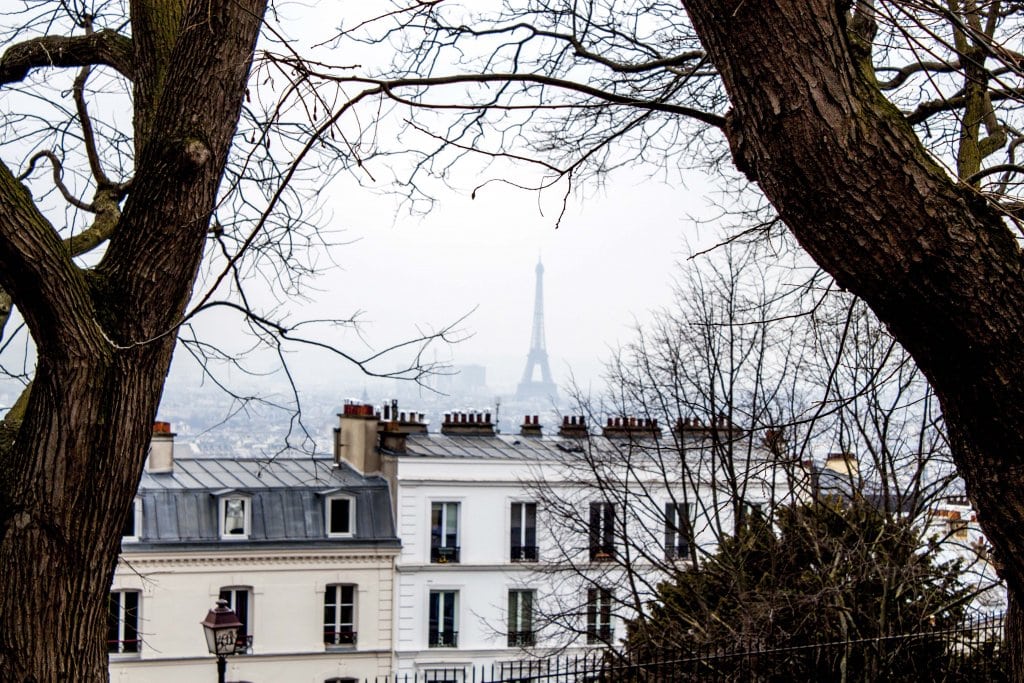 Eiffel Tower can be seen from here 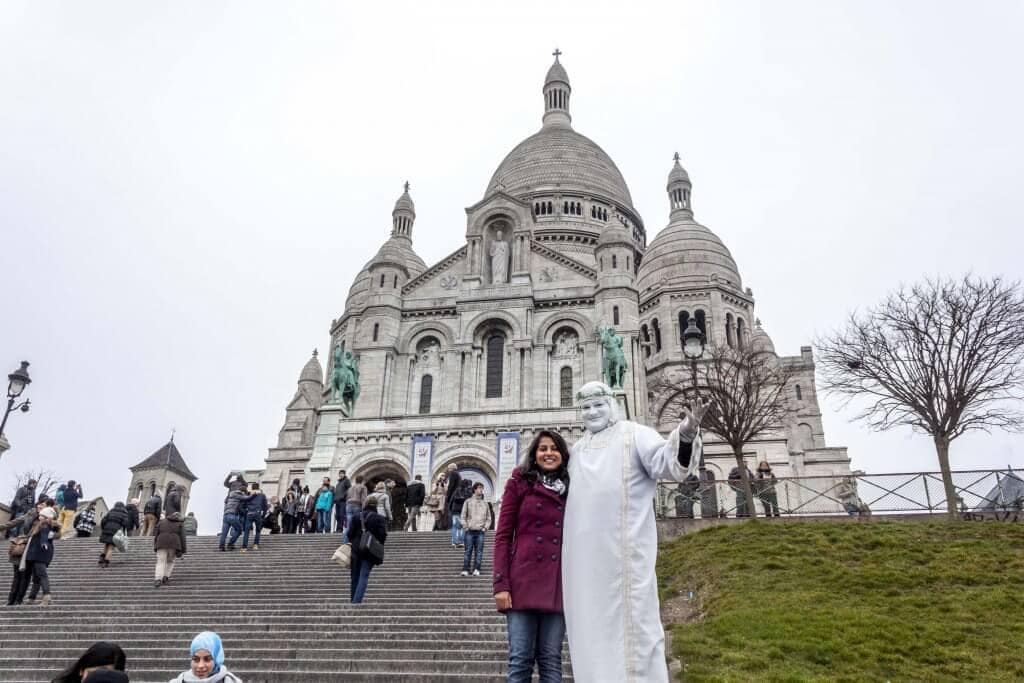 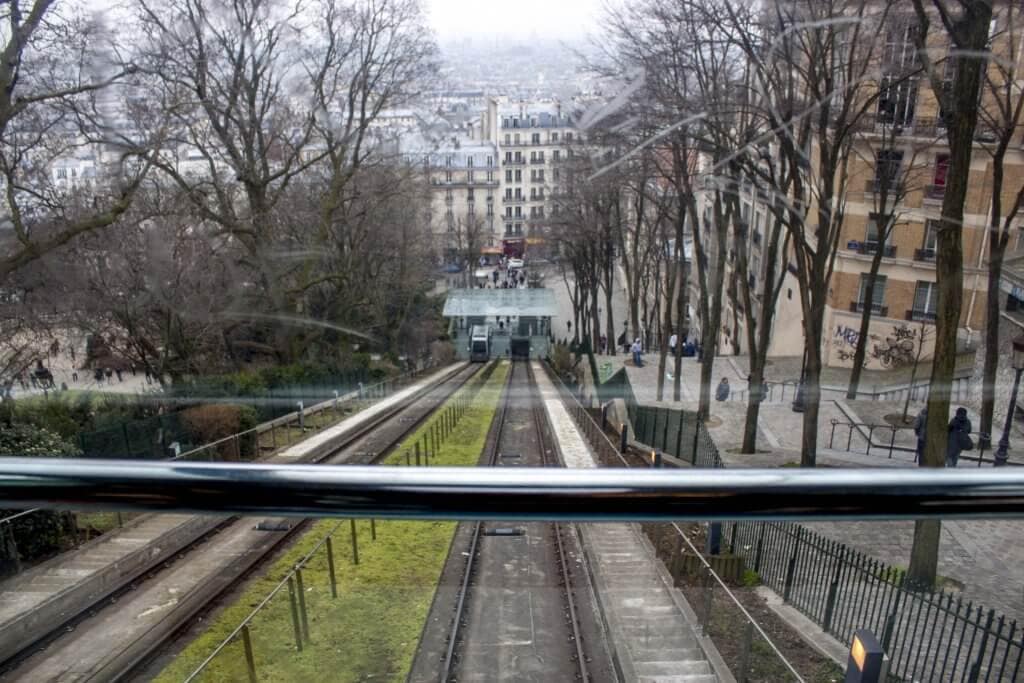 funicular train on the way down 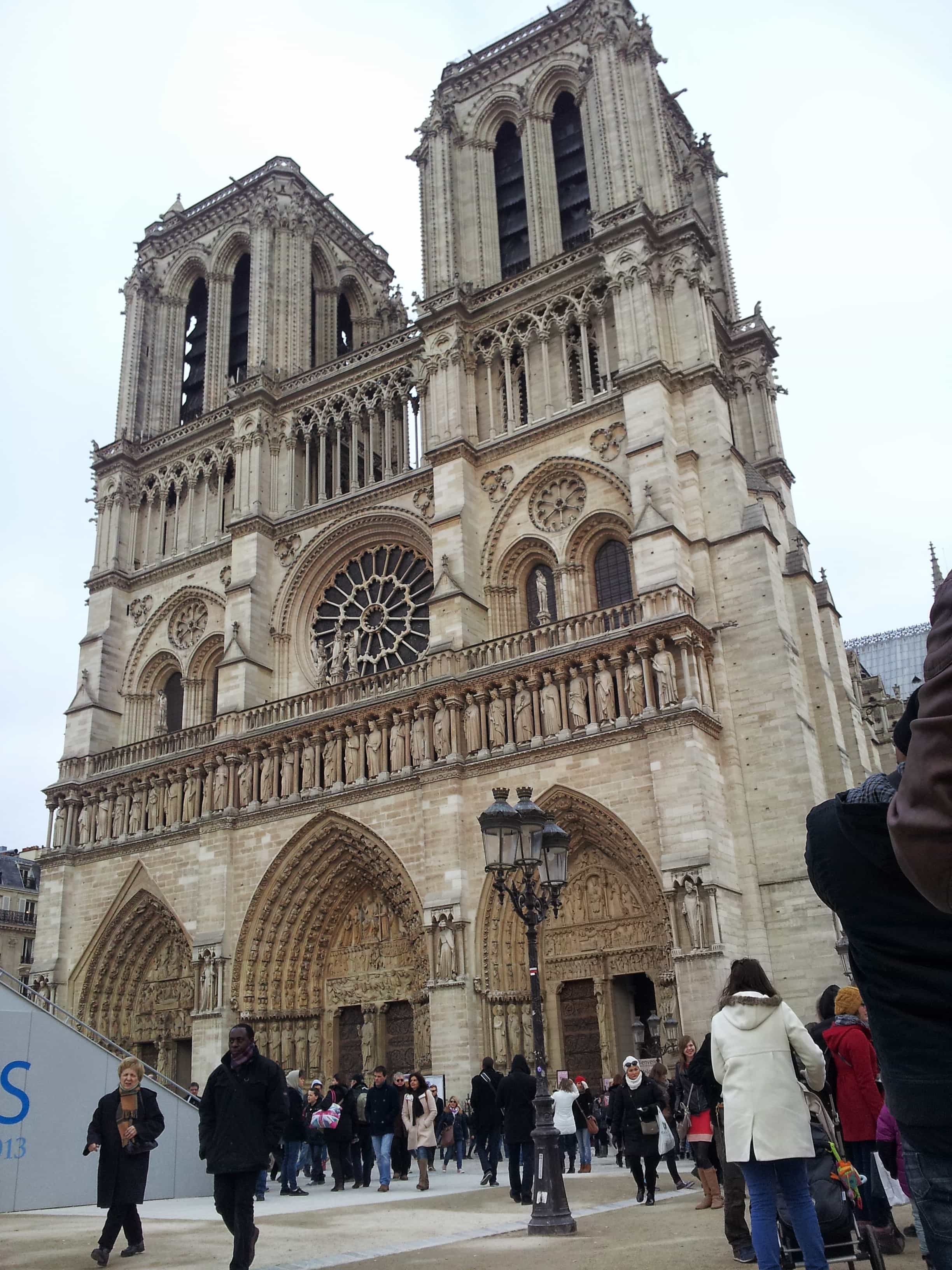 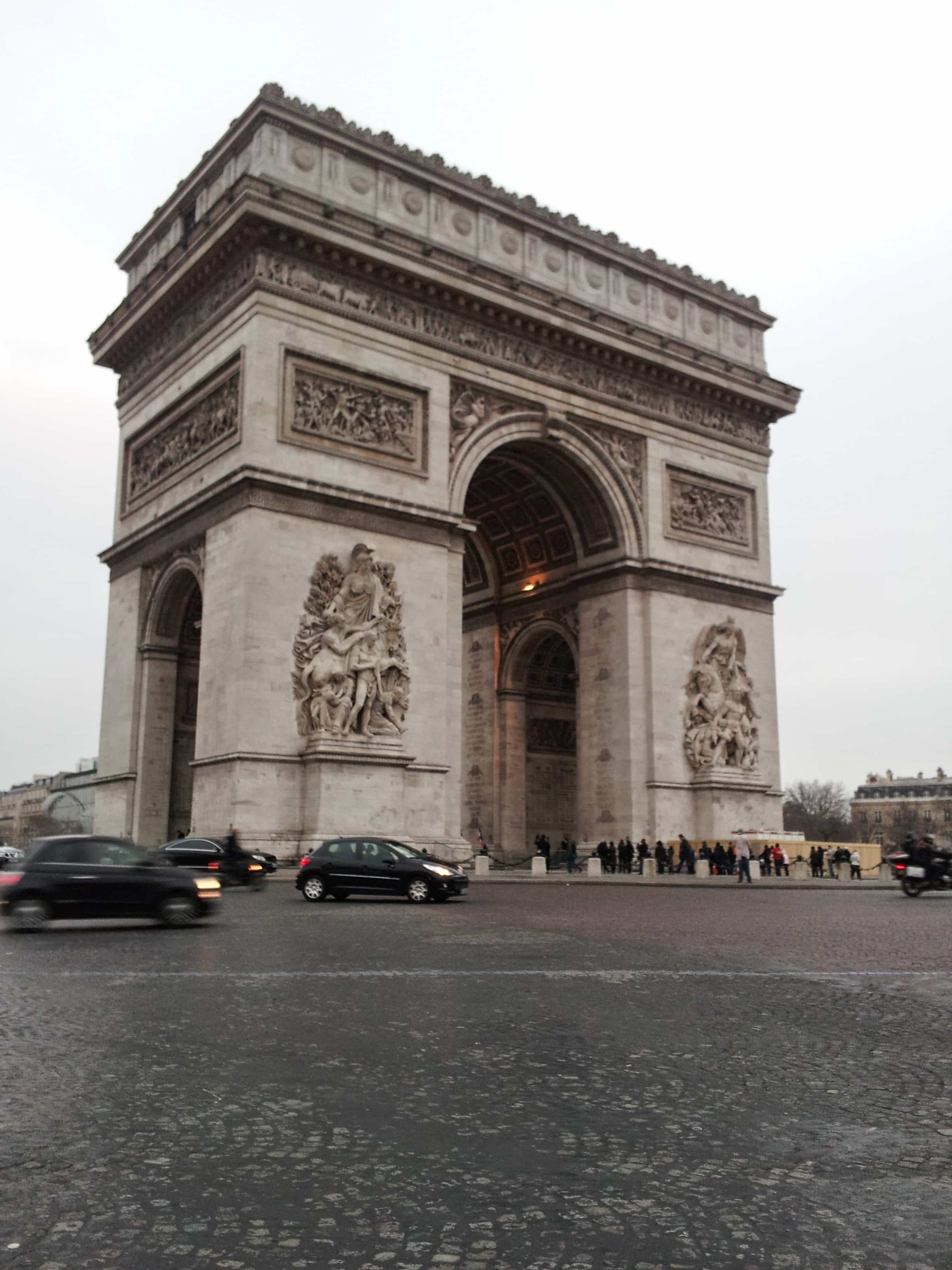